MAXIMIZE YOUR PHYSIOLOGICAL AND PSYCHOLOGICAL RESPONSES

The instructors bring a rare perspective to the class. Each instructor has been involved in a deadly force encounter with an armed attacker. In addition, Detective Russell was shot while attempting to detain a subject and Detective Holt was stabbed trying to apprehend a mentally disturbed individual. These and other experiences give the instructors unparalleled credibility. Their friendships and working relationships span more than twenty-five years. Their interactions provide different perspectives, sometimes in agreement, other times in disagreement.

Law enforcement is dangerous, and understanding a lethal encounter’s potential is imperative to every officer’s chance of surviving.

The instructors will explore the physiological and psychological effects on the human body during and after a deadly force encounter. They will emphasize the importance of mental and physical preparedness. It is important to understand how your body responds when faced with an imminent threat of death or great bodily harm. This information will prepare you when your body goes into a protective mode. This knowledge could mean the difference between survival and death.

Reacting appropriately is critical in a violent encounter. The instructors will talk about reaction times and how to prepare and utilize various techniques, such as Air Force Colonel John Boyd’s OODA Loop (Observe, Orient, Decide, and Act).

Even when officers are prepared for deadly force encounters, they may not be prepared for the aftermath, such as internal affairs investigations, hostile media reports, offender threats, civil actions and reactions from family members and fellow officers. The instructors will cover all of this and how to recognize and deal with Post-Traumatic Stress Disorder in themselves and their fellow officers.

The instructors will also explore the reasons persons chose law enforcement as a profession. They will discuss the development of codes of conduct that have been refined and passed down for thousands of years and how the codes play a role in officer self-perception and in guiding actions during day-to-day policing. The instructors will discuss why police officers must be willing to be held to a higher standard than the public they serve.

Finally, the class will discuss the police response to active shooter situations, perhaps the most traumatic and chaotic incident an officer will face. Keeping a focused mindset and determining your goals in advance will assist you from being overwhelmed during a traumatic incident. 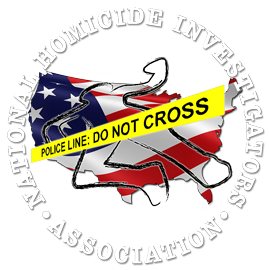 The warrior is always alert. He is never sleeping through life. He knows how to focus his mind and body. He is what the Samurai call mindful. -F.E. Morgan

The world breaks everyone and afterward many are strong in the broken places. -Ernest Hemingway

Whoever fights monsters should see to it that…he does not become a monster. And when you look into an abyss, the abyss also looks at you. -Friedrich Nietzsche

The hero sacrifices himself for something – that’s the morality of it. -Joseph Campbell

A prepared mind is forged in discipline, skilled in self-understanding, nurtured to be serene, rooted in a code and primed to counter violence.

Central Florida HIDTA, To be reset due to Hurricane Ian.